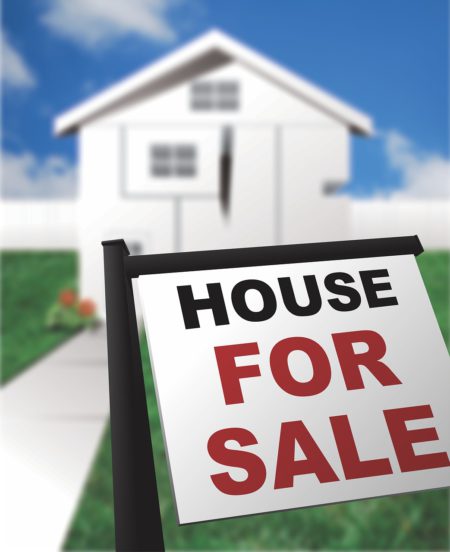 Is quality broadband important to households?

Hopefully, the obvious answer to most people is yes. But just how important is it? And what does it mean for regions and communities that may not have quality broadband, or enough of it?

We can debate how and why it may be important, and even measure that, as SNG has done over many years. But there is one measure that sums it all up and the results are significant. Assuming you could never get broadband service, how likely is it that you would leave to relocate to a community that offers broadband? We have asked thousands of households that question and the results are both expected and surprising. 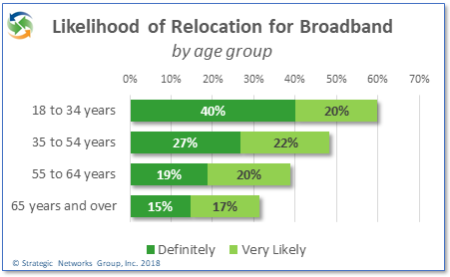 Forty percent of people in the 18 to 34-year age bracket would definitely relocate, with another 20 percent very likely to relocate. Fewer than 7 percent would not consider relocating for broadband. The likelihood of relocating diminishes for older cohorts, but more than one third of people 65 years and over would definitely or very likely relocate.

Certainly, the availability of quality broadband is only one factor in making a decision on where to live … or not live, but when almost two thirds of people in the prime of their working life … and often with young children … may relocate to another community to get better broadband, that can have huge impacts on communities that are lagging.

High-income households do have more options to choose to relocate than their low-income neighbors, but this is exactly the cohort that communities can least afford to lose. Not only is there risk to losing the younger workforce, but also the high-income earners (and local spenders). 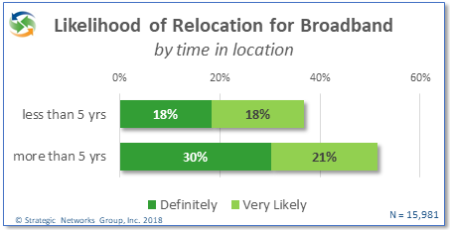 Perhaps the most surprising finding from SNG’s research is that households that have been in their location for more than 5 years have a higher likelihood of relocating compared to newer residents. Fifty-one percent of long-standing residents would definitely or very likely relocate for broadband, compared to 36 percent of newer residents. It is a fallacy to assume that because people are well-established in the community they are less likely to relocate.

Long-standing residents may cross all age groups and income levels, but they also represent the established base of the community with longer and deeper social connections. The risk of losing such residents can have tangible effects on the social fabric of the community.

In summary, it is less necessary to know how and why people use broadband than to know how they feel about the importance of broadband in their lives. The willingness to relocate for better broadband and its potential impacts should be something that all community leaders recognize and pay attention to. Find out how households in your community, region, or state feel about broadband – how they are using it, and what they need – by doing your own Broadband Market Demand Assessment.

There is a choice … attract and retain youth, high-income earners, and long-standing residents … or risk losing them to neighboring communities.