Assessing the State of Broadband in Oregon

“The Oregon Statewide Broadband Assessment and Best Practices Study will be a useful tool and reference for local communities and state policy makers in meeting the broadband challenge.” 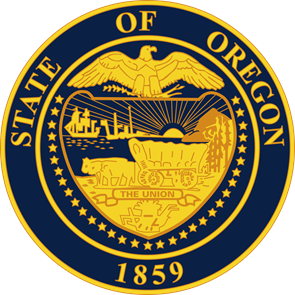 The Oregon Broadband Office (OBO) within Business Oregon, an agency of the State of Oregon, needed to more clearly identify and validate the areas within the state that continue to be unserved and underserved with broadband services. There was urgency to develop this intelligence as input to legislative decisions on broadband investments in advance of the State legislative session starting in February 2020. Broadband Oregon sought broadband data collection, analysis, validation, and best practice research for the development of strategies and public investments in broadband infrastructure and broadband adoption and utilization.

One of the challenges for Business Oregon was relying solely on broadband data provided by the Federal Communications Commission (FCC) through the periodic form 477 self-reported by telecom providers. While the FCC broadband data reports at the census block level, it can be inaccurate on service coverage and ambiguous with service types within census blocks.

Broadband Oregon therefore sought the best information available to identify the unserved and underserved areas in the state and estimate the cost to bridge broadband gaps. In today’s marketplace, unserved is considered to be service of less than 10 Mbps download and 1 Mbps upload (10/1 Mbps). Underserved is less than the current FCC recommendation of 25 Mbps download and 3 Mbps upload speed (25/3 Mbps).

Broadband Oregon also sought insights into best practices to solve broadband gaps and methods for funding broadband investments that do not rely solely on State financial resources. All of this research and analysis were required to be completed within a three-month period to meet the legislative deadlines.

SNG was hired by the State of Oregon to conduct a statewide broadband study. SNG brought together a world class team of industry experts on broadband data analysis and mapping, broadband data collection, and broadband engineering and construction. The SNG team collected primary data and developed data from additional independent sources to supplement the latest FCC data, including fiber infrastructure and service data. SNG worked with Business Oregon to deploy our proven eSolutions Benchmarking (eSB) methodology and tools to collect data directly from households, businesses, and organizations across Oregon. Through the eSolutions Benchmarking data collection, SNG gathered connectivity and speed data, as well as other vital data on broadband utilization, from more than 3,600 households and 500 businesses in a compressed 4-week period. 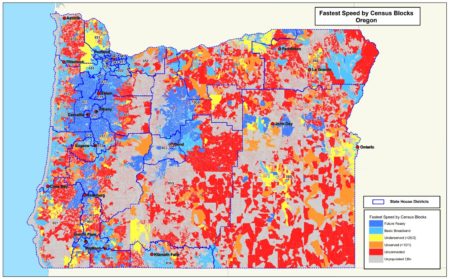 The census block level analysis enabled the creation of geographic “heat maps” of the four speed categories and of the four fixed internet technologies. Additional heat maps were created to show the presence of fiber infrastructure across the State. This same data was provided to Business Oregon as mapable data to include in the online, interactive Oregon broadband Map.

The results of the analysis were also aggregated to the state senate district level as well as at a county level to show local elected officials how broadband service in their senate districts and counties compare to their peers across the State. Detailed analysis of the new data was combined with the FCC data using the team’s insights and experience and this was documented in the final report.

The Oregon Statewide Broadband Assessment and Best Practices Study prepared by SNG was submitted on February 18, 2020 to and unanimously accepted by the Joint Committee on Ways and Means Subcommittee on Transportation and Economic Development. 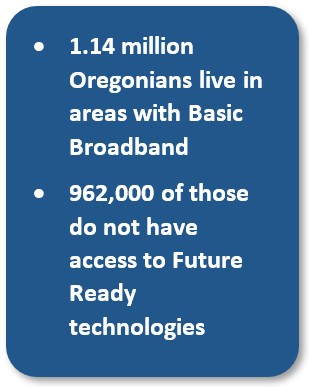 Of the other 95 percent of Oregonians considered served with broadband, 67.4 percent live in areas with Future Ready broadband (greater than 100/100 Mbps) and 27.6 percent have access to Basic Broadband (25/3 Mbps). While this is a good news story at a statewide level, there continue to be broadband issues to address across the state, including both rural and urban areas. 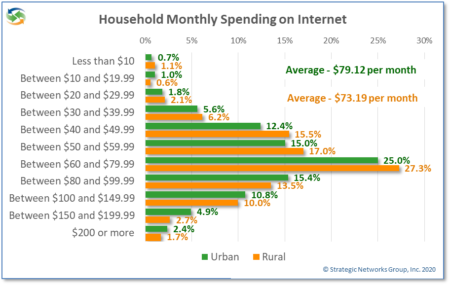 Findings and results are detailed in the Oregon Statewide Broadband Assessment and Best Practices Study Report.

What the Oregon Broadband Office said

Experience of working with SNG: “Strategic Networks Group is excellent to work with; very responsive and supportive”