The Economic Case for Investing in Broadband: Ammon, Idaho

The investment in broadband by the City of Ammon, Idaho, shows how community benefits can outweigh network costs by taking a digital infrastructure approach (see summary table above).

SNG’s analysis of the City of Ammon revealed that over 25 years community benefits are greater than network capital and operational expenses. At SNG we call this an economic case for investing in broadband which is above and beyond the private sector business case. This means that communities and regions can invest in broadband without raising taxes, nor taking on unsustainable debt. By taking an infrastructure approach, broadband investments can be cost-recovery over 15-25 years from municipal cost reductions, subscriber cost savings, maintaining and growing the economic base, and smart community services. 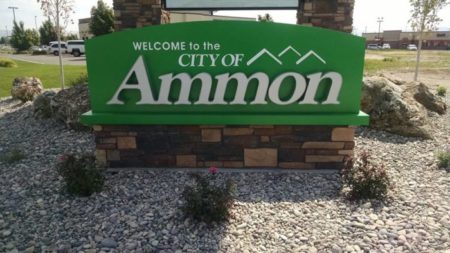 Ammon shows that providing access to high-quality, very affordable broadband for all can be achieved – however, a new approach is needed when unserved and underserved areas do not represent enough of a business case for private sector investment in broadband (where revenues exceed capital and operational costs). Like electrification, broadband is essential infrastructure, where community benefits outweigh investment costs. Electrical infrastructure is a foundation on which communities and economies have been built – those with good quality, ubiquitous, and reliable networks have thrived. With everything going online, communities and economies now need dependable, sustainable broadband infrastructure.

Taking an infrastructure approach to building a fiber network, Ammon decided to base its investment on community needs and expected benefits, focusing on the question “Where do we want to be in 20 years, and how does broadband influence this strategy?” and then tactically thinking through actionable steps. Ammon felt it could not outsource development of its broadband strategy, nor infrastructure.

In 2008, Ammon adopted its broadband policy – that broadband telecommunications is a basic, essential service. Ammon decided that such a service can be implemented by a municipal utility, and starting in 2011, Ammon invested $1 million in a fiber network to:

The decision to invest $1 million in fiber over 25 years was prompted by the need in 2011 to connect a new municipal building to the municipal network. Of the two private sector broadband providers, Ammon approached both – the first one said they would not provide such a connection and the second provider wanted $80K for the build and $2,500 per month for operations. With that cost representing $830,000 over 25 years, Ammon decided local ratepayers would be better served if Ammon allocated those funds to an investment in a fiber network.

Ammon decided their broadband model would have the city own the network infrastructure to each property (business or household). Utilizing software-defined networking at the edge of the network enables an open-access model in which any provider, including existing incumbent providers, can offer last-mile services inside the property. The benefits of this approach:

The Network Investment Pays for Itself … and More

Since 2014, the city has reduced telecom and internet costs by $69,628 per year for municipal anchor institutions. These savings pay off the initial $1 million investment within 25 years, as was planned. The net cost reduction to Ammon is $821,000 over 25 years – this is an 86 percent reduction in telecommunication and internet costs.

The Ammon school district also needed a connectivity upgrade for expanding video and bandwidth requirements. Three schools upgraded from a 1-gig to a 10-gig connection for a per unit savings of 88 percent ($10.50 per Mbps) for internet and 85 percent for WAN service. The district will reduce costs by $2,061,000 over 25 years for three schools. As more schools are connected to the Ammon Fiber Network, these impacts will increase.

Households that opted into the Ammon Fiber Network save $70 per month ($54 for 75 Mbps symmetrical service on the Ammon Fiber Network versus $125 for 100 Mbps/3 Mbps from the incumbent, with a data cap) – which is a 56 percent cost saving for faster internet. Households in 2017 already had a choice of four broadband service providers with a variety of plans – and this is increasing. This yields consumer savings of $115,000 in 2017 and $1.9 million annual savings when 50 percent of Ammon is on the network.

In addition to the preceding, SNG’s Economic Impact Estimate reveals that investing $175,000 in programming to drive adoption of online business applications and providing training resources for 5 percent of Ammon’s businesses (52 local businesses with fewer than 50 employees each) can generate additional business revenues of $3.7 million with a local GDP lift of $4.7 million annually.

As important to the city as the financial performance of its investment, Ammon has the flexibility and options to use its network for its own best interests because it owns the infrastructure. The goal is that the Ammon Fiber Network will not only improve the quality of life and home values, thus maintaining and expanding the local tax base, but also spur innovation and drive business-growth opportunities. In addition, Ammon can provide new, online-enabled municipal services as the network is virtualized and because services are cloud based (including ISP). This enables Ammon to use their network and very cost effectively provide services such as traffic management, public safety, and closed-circuit camera networks (as opposed to build separate purpose built networks).

Ammon’s leadership believes the ultimate benefits of the network are yet to be realized and will be derived from the competition and innovation the network enables. Even when there is not enough of a business case nor network ROI to warrant an investment in broadband for an area, these drivers make a strong economic case for public investment in broadband because of the significant, long-term community benefits. When this can be done without raising taxes, nor taking on unsustainable debt, this becomes a compelling option for building necessary backbone for community anchor institutions and a way to overcome the significant costs of last-mile build-out.

Ammon is far from alone as a community that needs quality, affordable broadband for all. As a municipality they determined to take control of their own broadband future because they saw community benefits outweighing costs – making this a strategic investment in infrastructure. Ammon’s solution to meeting their broadband needs is not the only path, but it is a proven approach and model. Communities and regions may want to take a similar path and an important first step is to up-front understand the municipal cost reductions and long-term community and economic benefits that are foundational to a sustainable broadband solution.