If you were asked to give $1 and, in return, you would receive $10, would you do it? Before you opened up your pocketbook, you’d probably gauge whether or not you trusted the possibility of return on your investment. Is the risk worth the reward?

Much the same, broadband investments were akin to a game of chance. Rural communities were hopeful that their original investment would spur a healthy return. However, new research from the Strategic Networks Group (SNG) now gives communities a factual basis for planning. Yesterday at the Border to Border Broadband Conference, Michael Curri of SNG unveiled a report that applied their scenario-based approach to modeling the direct impacts of increased broadband utilization to two rural Minnesota counties, Lac qui Parle and Kanabec.

As an example, if Lac qui Parle County made a $120,000 investment in Internet-enabled applications and processes at small and medium-sized enterprises, it could yield an economic impact of nearly $1.3 million, said Curri in the report. 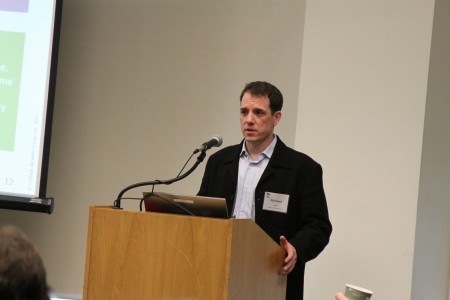 While Lac qui Parle County enjoys 100 percent broadband coverage, Kanabec County in the central part of the state struggles with broadband coverage for only 27 percent of its population. Potential for economic impact is even greater there. Investment of $11.3 million in high-speed fiber to every home and $175,000 to drive broadband utilization with businesses in targeted industry sectors could generate new revenues of more than $18 million and savings of $2.1 million, for a combined impact of nearly $20.4 million.

“Where the ‘business case’ might end for investing in broadband infrastructure, for example in rural areas, the ‘economic case’ for public investment can be made when economic  benefits (increases in gross domestic product, jobs and tax base) offers a positive return on investment to the region,” Curri said.

This research comes at an important time. The Governor’s Broadband Task Force just submitted their latest recommendations supporting the State of Minnesota as it strives toward the goal of border to border broadband by 2015.

Yesterday’s conference drove home the idea that rural broadband access and use is a Minnesota economic imperative, but to reach the state goal, it’s going to take strong local leadership.

Bill Coleman, owner of Community Technology Advisors, told conference participants gathered that, “If you want to be positioned for the future, start someplace.” Coleman travels the state working with community leaders to explore the potential for local broadband access and use as part of the Blandin Community Broadband Program. “Persuade, be the squeaky wheel, get some action going. Don’t wait for fiber to every home before you start tackling broadband.”

For more on the SNG report and the Border to Border Broadband Conference, click here.