by Michael Curri
When administering a new program to deploy broadband and stimulate adoption, governments traditionally ramp-up their internal resources or hire consultants.

But there’s an alternative – a model that leverages existing local resources and links with local stakeholders who have a vested interest in the project outcome of economic development through broadband. 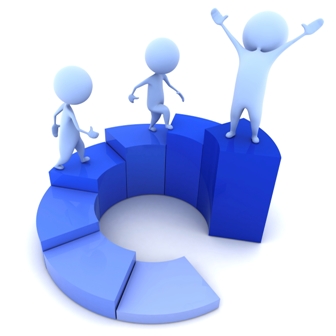 he downsides for the traditional models are apparent.  Ramping-up internal staff requires hiring and getting everyone up to speed on how to administer the program. And once the program ends, the staff you worked so hard to find and train will leave. Bad enough that you lose good people you’ve invested in, but staff may be looking for a job during their time with you, looking for a better deal to move on to a permanent position.  If this happens, you’re left to restart – and you lose ‘history’ before projects have been completed before they take-on their new job.

For governments that use consulting support, the hiring process can be much shorter. But there is still the getting ‘up-to-speed’ time required – and it can be extensive when junior consultants are being used. Although the cost of hiring such ongoing consulting support can be high, there are opportunities to negotiate a better rate with the consulting firm as they are acquiring broadband program administration skills and experience that can be redeployed in other jurisdictions.

A third way – the way we would advocate – involves a model where government delegates certain elements of administration to stakeholders that are local to a local broadband project. Local economic development agencies are prime candidates as they:

This type of model enables the government focus on strategic and key administrative issues, while leveraging an existing network of resources that is aligned with the sustainability of the broadband projects they would administer. And when the government programming sunsets, those local economic development agencies remain as a support system to broadband projects as needed.