Broadband for Startups and Small Firms 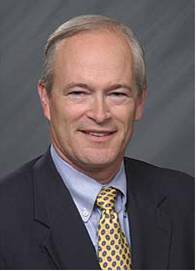 Contributed by Roland J. Cole, Ph.D., J.D.
Residential broadband (distinguished from commercial broadband) is critical for bottom-up economic development. With this, there are a number of regions in the US (and in other countries) where big entities – private firms as well as government agencies, universities, and hospitals have access to broadband that is high speed and affordable, but the residences in that same community do not. In the US, while federal funds are being allocated to extend broadband to “community anchor institutions,” including hospitals, there is little or nothing being done to extend it to the residences around those institutions. I’ve seen one hospital program myself that refuses to share access with the offices of doctors that serve in the hospital, let alone the homes where they live. I’ve learned of a city that has, to great acclaim, extended its fiber to large firms, but feels that residences and small firms do not need anything better than the cable and telephone companies are currently providing.

As SNG has reported (most recently in the June Issue of Bandwidth that prompted me to write this piece), a lot of purely “economic” activity takes place in homes or in sites small enough that broadband network operators treat them as homes. In North Carolina, 1/3 of those with broadband already had a home-based business, and more than 1/10 were planning to start one within the year. These activities are in addition to employees of large firms that work from home. They are also above and beyond those using the Internet to seek employment opportunities, apply online, improve their skills, etc.

We’ve all heard stories of firms – countless numbers of them – that grew from basements, spare bedrooms, and garages. HP started in a garage; Dell started in a university dorm room. Some large firms that now include access to high-speed affordable broadband for their buildings as a top five or top ten item are now including access for their employees’ homes as a part of that item.

Residential broadband is important even for the firms that are out of the home, because small non-residential sites get offered the same bandwidth deals that homeowners get offered, albeit usually at twice or three times the price. The network providers (both public and private) do special deals for large end-users, but NOT for small ones.

Better bandwidth for these purposes is not just “speed” and price, because “speed” usually refers to download speed – largely a measure of consumption, not production. These individuals and small firms are producing, as well as consuming, and can use upload speed as well as download.

Video files are huge, CAD files are enormous, high-resolution photo files are large, database files have never been dainty… and you’re hard pressed to find organizations that do not include designers, marketers, architects, and engineers who need to transport these files.  Of course you could deliver thumb drives with such files… but I also could send a letter as opposed to an email. I need to remain competitive, agile, and flexible to succeed in 2011. Lack of better broadband may not prevent home-based and small firm economic activity, but it sure discourages it. Better broadband provides the platform… the foundation to foster activities that grow businesses, and with them, our economies.

So for one measure of how “fertile” the ground is for bottom-up economic development activity in your community, track the price and upload speed offered to your residences. Do not be satisfied when your big companies and your “community anchor institutions” have reasonable broadband while residences do not. A big aid to the firms of the future, both large and small, is better residential bandwidth now.

Roland J. Cole is a lawyer and policy analyst (PhD/JD Harvard) who has been studying small business and economic development for over 30 years. His work has included three textbook chapters on the role of residential broadband and the development of a toolkit for community action in support of broadband improvement. He is currently a freelance policy analyst in Austin Texas, launching a new organization entitled Fertile Ground for Startups and Small Firms.