by Doug Adams
If you haven’t moved for a job, you know someone who has. More than a decade into our broadband revolution, the knowledge economy, and e-everything, it’s a bit discouraging to find that, even today, geography can still dictate individual or organizational potential for success. Still, in 2011, the digital divide limits job and opportunities, either at an organizational or an individual/entrepreneurial level, in rural areas.

Of course the digital divide is nothing new – but lately it seems that the class warfare in the haves and have-nots has shifted from an economic divide to a geographic one. With major investments being made across the globe to increase capacity and deliver 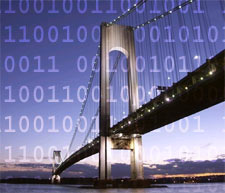 broadband to the under and un-served (most notably with investments in Australia and the United States), there are still some that would have you believe that investing in broadband just isn’t worth it for some.

The idealist in me immediately wants to refute this as ridiculous, short-sighted thinking! How could anyone not know the benefits of broadband including the economic and social benefits that accompany more robust Internet connectivity? Don’t these people realize that to survive and thrive in the knowledge economy, broadband is the key enabler?  Haven’t they seen the “build it and they will come” movie where people flock to Iowa in ‘Field of Dreams?’ Hasn’t the availability of broadband and the rise of every broadband enabled device taught us anything about the potential of broadband? Are these people naïve?  It may even be a legal requirement as soon the only way my grandmother can access services will be online… does she need to move?

Then I take a step back from my knee-jerk reaction and let the pragmatist in me take over.  As a broadband economist, I along with my firm, SNG, dissect where the demand for broadband exists – and where investment will have the deepest, most long-lasting impacts.  We do this through a step-by-step methodology that includes direct stakeholder feedback.

Needs vary. It is nice to aspire to ultra-fast, fiber to the home for everyone… but is that practical? Ideally, we would see a world where everyone could innovate with no barriers. Pragmatically, many would just watch higher definition online feeds of Sponge Bob.

Do businesses need ultra-speed Internet? I would argue they will eventually, whether they realize it or not. But pragmatically, we need to – at the very least – get anchor institutions equipped with middle and last mile access so for today’s needs as well as tomorrow’s, communities are better equipped to expand into the world of fiber and ultra-speed broadband.  Schools and hospitals MUST have ultra-broadband to prepare students for life… and to save lives with telemedicine.

It is inevitable that the combination of computing power and demand for new and better applications and new approaches such as cloud computing will increase the need for more speed by the majority of users over time – no matter whether they are in New York, NY or in a cornfield in Iowa.

For the Statisticians… Productivity by the numbers
SNG’s research shows that organizations are more efficient the greater the Internet speed they have available to them. Speed matters, regardless of how it is delivered. Move to the greatest access available, ideally fiber.  Friends don’t let friends use “basic broadband.” 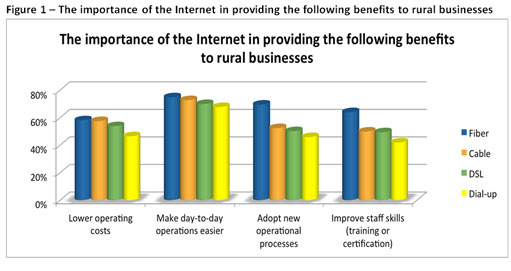 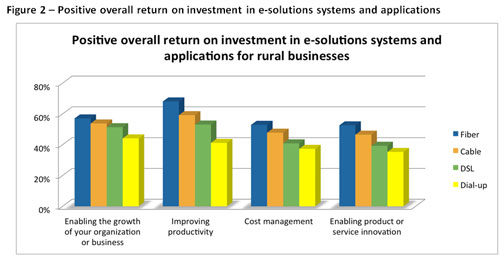