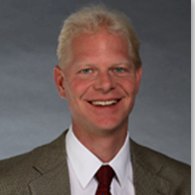 Our friend and colleague Charles Berry passed away at this past Friday. He was 42 – much too young. We loved him dearly.

His life was filled with adventure and achievement, love and laughter. Charles spent every waking hour living life to its fullest – and his ambition and love of life often drove him to sleep deprivation. During his time with us, Charles crammed as much life into every day as anyone you could ever meet..

Charles used to say with pride that he and his family could pack and be on their way to their next adventure in a few hours. He and his childhood best friend and wife Dawn saw so much of this world as work and thirst for cultural diversity and life experiences saw them set down not only coast-to-coast in the United States, but in Japan, India, and France. He dearly loved the Cannes in the French Riviera and the Georgia Coast and wanted us all to experience them with him. Other than his childhood home of St. Louis, the past 4 years in Cleveland were the longest Charles and Dawn had stayed in one place.  “Too much to see and do,” Charles used to say with his infectious smile.

Charles was a brilliant man, evidenced by his numerous career achievements, which culminated in the formation of his own venture with a small group of partners – a broadband consulting firm named Gigabit Squared, which now serves clients all over the globe. It is ironic and sad that Charles’ untimely death came at a point in his life when he was going to get “back to seeing the world” and travelling. The past few months Charles was happier than ever – ready to take on and conquer challenges all over the globe as the company he had help build was ready to take off.

But Charles’ brilliance was most evident when he shared a dinner with a friend – and discussed politics, religion, business, or even the intricacies of the NBA, NFL, or Soccer. Charles was quite competitive and loved a challenge – so he was drawn to friends and colleagues who he could banter back and forth with for hours. Always good natured, always with a laugh and an excited smile, Charles would – as many of his friends called it – ‘hold us hostage,’ saying ‘just five more minutes’ so that we could continue the debate, discussion, and laughs. Time with Charles was always challenging and exhilarating – he was going to push you and laugh with you and make sure that he challenged any of your preconceived beliefs. He loved playing the Devil’s Advocate because he could argue either side of a position brilliantly, and he loved to challenge the minds of the people he cared about.

While Charles was fiercely proud of his nomadic, go anywhere lifestyle with no geographic roots – the roots he did put down were with the people in his life. Fiercely loyal, if Charles counted you a friend, you were a friend for life, no matter the distance. He spent so much time with the people in his life every day that often his workday ended up being 8 p.m. to 5 a.m.

He leaves behind his wife, childhood best friend Dawn, and daughter Magda, 11, and son Nigel, 9. While our relationship with Charles was mostly away from his family, there was no doubt to any of us that they were always close to him. And when we saw Charles with his wife and children, his smile grew even bigger and the twinkle in his eye was less mischievous nature and much more reflecting pure love and admiration for the family that he adored. His children will always know that Daddy loved them more than anything in this world.

We are all still in shock with the untimely passing of our dear friend. Not a day will go by without some reflection, a memory of laughter with this big hearted man. We will miss him dearly, but know what he would tell us. That it is our job to pick up and keep going. To let his life serve as a reminder to pack every bit of life, love, and laugher into every day. There was really no one else like Charles. As his friends, it will be our charter to honor him by challenging our minds, taking time for friends and family, and remember, as he used to tell us, “not take all of this so seriously.”