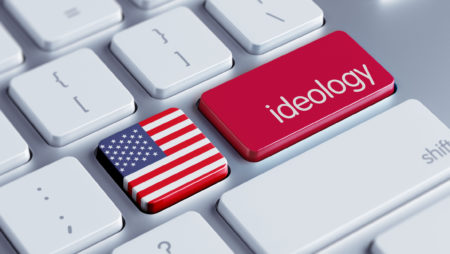 The long-running debate over whether municipalities can build their own Internet networks is more rooted in ideological positions than pragmatism.  Should a tax-supported municipality be using its resources to compete with private ISPs? Opinions are often rooted in ideals of whether to let the free market take care of it or to invest public resources.  Moving past ideology allows the discussion to address the needs and concerns of both sides of the debate.

There are legitimate concerns expressed by opponents of municipal broadband (the private sector) which primarily revolve around the taxpayer risks of committing public resources to build and operate a network. Unfortunately opponents tend to paint a black and white picture, pointing to examples of municipal broadband failures and using this to reinforce a position that public entities should not be competing in the free market.

Broadband investment carries with it risk as they are by no means inexpensive to build. Some municipalities have been successful in rolling out a community broadband network while others have failed. But let’s be clear about the real issues driving municipalities in this direction.

No municipality wants to become an ISP.  Municipal networks are the result of a city/town filling service needs where the private sector has not and/or will not. These communities recognize that if service gaps remain unaddressed, they will increasingly have negative effects on the local economy and the overall well-being of their community.

Unfortunately, the muni broadband debate always seems to center on whether or not the network can become a viable and sustainable ISP while competing with incumbents. The reality is that if there was a really good business case for building out and upgrading networks, the incumbents would have done so already. The rationale for municipal broadband networks goes beyond the traditional ISP business case and must also be based on economic development, social equity, and the ability to control a community’s own destiny in the digital world. Advancing communities through broadband is not in an ISP’s mission statement – nor should it be.

Fortunately there’s another way to address municipal needs while mitigating many of the issues and risks – a middle way, both figuratively and literally. That middle way is to treat broadband as essential infrastructure, similar to providing clean water and roads with which municipalities are very familiar. Taking an essential service approach with broadband can also avoid directly competing in the retail ISP market. How would this work?

First, the municipality can invest in their own network for their own needs, something they have every right to do and often need to do for operational purposes. This can be a relative small initial investment to establish a core network to reduce costs to connect their own facilities as well as community anchor institutions, such as schools and libraries. The payback may be over a number of years, but the core network has a starting point.

Once the core network is in place it can be extended to serve residents and businesses that lack broadband at all or have to settle for low-speed, low-reliability options from incumbents. A big investment? Yes, if you consider the whole community. However, there is a viable model that reduces the payback risk using broadband improvement districts. Essentially, this is a neighborhood where property-owners opt-in to own the local network infrastructure. Households pay up front on terms that are financed in such a way that their monthly Internet costs are reduced from what they pay now. This is the model that Ammon, Idaho, is using.

This is a win-win scenario as additional municipal network investment is paid up-front by committed property owners who also save money monthly and receive significantly better broadband service. By offering only the infrastructure on an open basis the municipality can encourage other retail service providers to offer services at affordable rates over it. Property owners not only save money but have more competitive choice on a high capacity network.

The municipality benefits further by eliminating the risk of directly competing on a retail basis with incumbents. This also eliminates taxpayer risk by only building based on committed demand by property owners that opt in. By focusing on building infrastructure rather than being a retail ISP, regulatory constraints can be avoided.

In fact, not only do municipalities avoid competing with other ISPs, a major critique of municipal broadband networks, this approach actually increases competition among a wider range of ISPs – something that free-market proponents should welcome.

The end result is that the municipality gains sorely needed broadband infrastructure, building it in an inherently sustainable way without assuming the financial or political risks normally associated with the retail municipal network approach. Furthermore, this “pay as you go” approach can potentially work for even small communities that do not have the market size to support the retail municipal broadband model.

The reality is that there are still many communities, especially in rural America, that suffer from a lack of affordable broadband of any type or have what is fast becoming antiquated technology. Such communities are at a disadvantage and risk losing economically with erosion of their population and businesses. The incumbent ISP business case status quo will not change. Communities need to take action and assume control of their own broadband destiny with this essential infrastructure. There is a way forward.