Don’t Let Your Region be a “No Place”

by Doug Adams
Without compelling reasons, applications, and e-solutions for your constituents to utilize your broadband network – the hopes you have for its transformational power are sure to come up short.

Just recently in the United Kingdom, the community of Cornwall showed that utilization of broadband services is not achieved simply by the rollout of a broadband infrastructure. It has to be accompanied with awareness initiatives and e-solutions that drive utilization. By providing companies with concrete solutions and advice, companies were made aware of the benefits of broadband and quickly utilized the network. 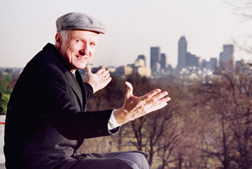 Debunking the Fable of “Build it and They Will Come.”
This is the story of one political leader whose vision exceeded even the wildest expectations of his constituents.  It’s the story that illustrates the difference between idealism and realism, the difference between a “pipe dream” and reachable goals.  What separates the ineffective dreamer and the transformational leader?  A strategy that goes beyond initial investment.

No matter left, right, or center… political initiatives often start and end with the initial investment.  Regulations can often drive adoption of the investment – and often market forces drive utilization.  But what happens when utilization needs a push? Even the staunchest laissez faire politician would have to admit that… sometimes… initial investment is just not enough.

Back to our story and mayor of a mid-sized city famous for being the largest “land locked” city in its country and an unflattering nickname of “no place” that reflected a lack of almost anything distinguishable.

This mayor had a vision – a vision that his city would become a destination for businesses, tourists, and events. But without an infrastructure… how could he pull this off? Getting approval for an investment in a 60,000 seat domed stadium – to the outsider – may have seemed like his greatest hurdle. 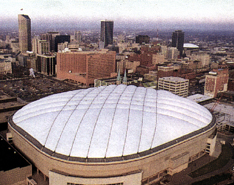 And had this mayor not been a visionary, he may have stopped at building the stadium and then letting market forces dictate what happened next.  Instead, his infrastructure – his stadium – was the first step in his plan that would enable this City to become the a) recognized “Amateur Sports Capital of the World,” b) home to a NFL team, and c) most importantly, one of the top convention cities in the United States.

None of this happened in a vacuum. Beyond the initial stadium investment, the mayor and his staff needed to aggressively bring events, teams, hotel chains, etc. to the City. They had to be creative in leading the development of downtown to transform a “no place” to a prosperous “some place.”  And the mayor of this town retired after 16 years in office, the most beloved leader the City has ever – or dare I say it – will ever have.

Now since the transformation of this City, many have followed suit… but only partially.  Stadiums have gone up across North America to attract professional sports teams – some successfully attracting teams.  But that is where it has stopped.  You see, investment without an all-encompassing strategy can work… but only to a point.

So – as community leaders investing in broadband initiatives today – can we really learn anything from a stadium build and accompanying transformation?  We better.

Without reasons, applications, and e-solutions for our new broadband network – all we have is an empty stadium.  It may attract some patrons – but it will never realize its transformational power. Turn to SNG – we can help you develop your own legacy of making your region a “some place.”

SNG has been helping communities and its leaders for more than 15 years ensure that broadband investments receive their maximum economic impact.  By uncovering gaps, mapping demand, and helping communities develop innovative e-solutions and driving awareness and utilization, SNG helps make sure your network investment has transformational (and measurable) impacts.