Competition and Broadband in the EU

Joanna Taylor
In Europe there is a healthy competitive market for the telecommunication services, including broadband services,  to end users.  What is the basis for this competition?  The fundamental attributes are explored briefly below.  Could they be transferred to the western side of the Atlantic? There seems to be no reason why not! 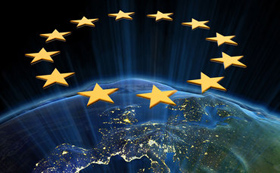 Economists and lawyers generally agree, to the extent that they agree upon anything, that healthy competition is a “good thing.” Competition drives down prices and encourages innovation while its opposite state, a monopoly creates an environment where innovation is limited and there is no market pressure driving down prices.  In essence, an open, competitive market provides a higher degree of public good than a monopolistic, closed market focused on exploiting its market dominance to maintain high prices or restrict investment.

Economists and lawyers often refer to “natural monopolies,” as those that result from a set of circumstances where only one supplier is likely to enter the marketplace.  It is argued that these conditions are present in the telecommunications access market. For example, when the final section of a wired (fixed line or last mile) service closest to a house or business premises is dedicated to the individual customer, and most customers only have the opportunity to purchase service from a select provider, there is very limited opportunity for a second provider to invest profitably in a duplicate access network. This is equally true in the broadband and mobile/wireless contexts and on both side of the Atlantic ocean.

Typically the incumbent, or first operator, will have created a largely universal copper network, and indeed has sometimes had an obligation to do so.  In comparison, a new market entrant in its start-up phase would typically not be able to afford to re-create such a network in its entirety and will need the capability to link to the other network to provide the services they are marketing to potential customers. Typically, the service package includes the customer’s ability for their customer’s calls to connect with their competitor’s customers. However, if a new entrant’s network is unable to deliver calls made by its customers to people or organizations that  procure services from another provider the new entrant will fail. In contrast, the profit maximising position for a monopoly network operator would be to refuse to deliver calls that originate from another network, or charge extortionate amounts to do so.

If market entry is to be encouraged, some form of regulation is required to force provider interconnection and control its prices.

In Europe, these twin concepts of the benefits of competition and the natural monopoly of the access market have long been recognized as appropriate solutions to sustainable competition and new market entry. Two recent public consultations on the regulatory regime have focussed on how to increase effective operation without any perceived need to discuss if the fundamentals require changing.

The  European regulation that supports this service level competition is based on European competition law. The key difference is,  however, that the regulation restricts behaviours in advance, ex-ante rather than ex-post, to prevent potential exploitation by operators of  monopoly or quasi monopoly positions. As noted above, exploitative monopolistic behaviours may take the form of excessive pricing or market foreclosure, and the rules operate to counter both.

In brief, the system is as follows:

Over time the number of SMP markets has tended to fall, as competition has developed and entrants have built their own networks. A market entrant will initially invest in a core network, and as its customer base grows, it builds its network out towards the edge of the network, concentrating on the areas of highest customer density and value as this is where the opportunities are greatest .  Former TV Cable operators may compete with the ex-incumbent in urban areas but SMP may remain with one, or both operators.  The degree of competition in the access network remains limited outside city centres.

This European regulatory standards body is not without its critics, and its implementation, which varies somewhat country by country, could be improved but there is no doubt that the new regulatory standards have created an explosion of service level competition.  Not only have consumers and businesses seen significant benefit, but also significant price reductions have been seen in the retail fixed and mobile markets.. Broadband services have got faster without price increases.  In the European Union there are over 250 million internet users, with 95% of the population having fixed broadband access available to them, and virtually every European owns a mobile phone .

The regime has not restricted investment in infrastructure, as the roll out of fibre networks into high-density areas demonstrates. A proposal from Germany to exclude fibre networks from the rules was firmly rejected by the European Court of Justice in 2009.

The target for basic broadband for the 100% of the European Community by 2013 and 30mbits by 2020 is being made within this framework, and any development that uses pubic funds for network development  is captured.

What would North America look like if this model were adopted? There is interconnection and the FCC requires some services to be offered on a wholesale level, but the whole process is shrouded in complexity.  A general obligation for local access providers to provide wholesale services and to consume them themselves in a transparent and non-discriminatory manner might be just the catalyst the market needs!

How easy would a move to this model be? Well, that depends on the hearts and minds of those involved. The European model does not prevent operators being successful or prevent those who are inefficient from failing. The most successful are those that understand the logic of the competitive model and embrace it, whether as incumbent or entrant.  Perhaps now is the time that this approach should be considered?