Back to Down Under 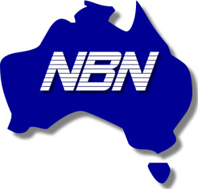 It took several weeks to sort out, but Australia’s hung parliament emerged with the Labor party still in power – and the National Broadband Network (NBN) very much alive and well.  As a refresher, the proposed plan by the Labor party for a $43 billion National Broadband Network (NBN) will provide 100 megabits per second broadband access to approximately 93 percent of the Australian premises.  Currently around 62 percent of households have broadband now but – for the most part – it is slow and expensive. In conjunction, the plan calls for a boost in broadband investment for businesses with hopes that it will directly support economic growth during the rollout.

The influential Australian Industry Group lobby calls the NBN an “unprecedented opportunity” for business innovation and with the ubiquitous nature of the fibre roll-out – bringing with it unparalleled speed and reliability. The group cites the long term opportunities that broadband “everywhere” brings, creating an environment where Australian businesses are able to create services and business models that do not yet exist on a network which will give Australia the fastest internet access in the world.

Some of the NBN’s first cables are being laid in Willunga. This is trial site in Southern Australia; one of five across mainland Australia. The state of Tasmania is already offering fibre-based services as part of the NBN roll-out and hopes to complete its roll-out by 2015; at least 3 years ahead of the mainland.

The Australian roll-out target is expressed in terms of coverage: any premise in a street with fibre rolled down it must be connected within a few days of demand. Naturally, free connections are being offered as the roll-out takes place. Activation only occurs where a customer asks a retail service provider to provide service over the fibre.

Surprisingly, only 50 percent of households in Tasmania have taken the free connection compared with over 80 percent in the mainland trial sites. It is not clear what explains Tasmania’s experience.  Perhaps communication is poor (i.e. low or no awareness campaign activity) and customers expect Telstra’s copper network to remain; Telstra is planning to migrate all its customers to the new network. Tasmania is passing legislation requiring customers to provide written notice if they wish to opt-out of a free connection (versus opt-in as now).

Worse, less than 1 in 10 customers connected in Tasmania have chosen to activate a broadband service over fiber. Perhaps, the offers made by several internet service providers are not attractive. A leading provider, iiNet, is providing exactly the same plans on fiber in terms of price and down load caps as it offers for ADSL2+ except that until June 2011 the down/up stream speeds will be increased from 25/2 (same as ADSL2+) to 100/8 Mb/s. Customers may prefer to stay with their current connection on ADSL2+ than become “guinea pigs” on the NBN network. That coupled with the “hassle” of changing providers, the question becomes whether the broadband status quo is unacceptable enough for people to spend the time and money to switch to the NBN? And do citizens understand the value of the opportunities afforded by the new fibre network?

The uptake challenges illustrate what we always say – Field of Dreams is a nice movie, but “build it and they will come” does not work in the real world.  To ensure that individual businesses, organizations and households connect to the NBN, Australia’s leaders need to promote adoption of those e-solutions that are customized to their needs.  To maximize the return on investment requires addressing local / regional drivers and barriers and with it appropriate awareness and adoption programs at a regional level. By following the Broadband Lifecycle, Australia will see major payoffs for their broadband investment in terms of productivity, competitiveness, and quality of life.