That’s One Small Step for AT&T, One Giant Blow to Utilization

I guess it was only a matter of time before one or more telcos reacted to the horrible trend facing America and countries all across the globe: actual broadband utilization. AT&T this week announced that it will punish these horrible broadband thieves by capping data and charging for DSL users who exceed 150 GB per month.

As I remove my tongue from being implanted in my cheek, I will acknowledge 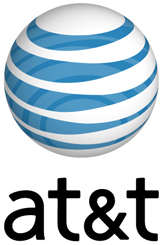 that this (of course) is free enterprise at work – why shouldn’t “heavy users” of bandwidth have to pay more? Why should we continue with a broadband business model that results in under-investment by the private sector?

Today, this is not a huge issue as only a small percentage of broadband users could even come up with a way to use 150 GB a month… but is it a harbinger for things to come?  Are we establishing ‘ground rules’ that say – of course we want you to be more efficient, innovate, and drive our economy forward… but for a price.

A big challenge for the telecom industry is finding a way to provide incentives to carry capacity-hogging services. Carriers have to augment capacity to cope with the rapid growth in data, but get no extra revenue for that.

Is the AT&T cap on data a cautionary tale – an indication of what to expect from other telcos?  As more and more applications and e-solutions drive broadband utilization (a good thing as it is utilization that drives economic and social impacts) do we counter with extra charges?  And let’s clarify who “we” is – this case it is telcos, who have every right to raise prices and charge for extra use.  It is that charge that, hopefully, will continue to grow network build out.

But let’s face it – we are not raising prices in a vacuum.  With a desire to transform from a manufacturing to knowledge economy – which requires greater, not less utilization… is now the right time to do this?   Even if it impacts no one, my marketing training tells me that the PR this generates will dampen utilization.  It will scare some people from using some applications considered bandwidth hogs. And in 2011, I’m inclined to push back on anything that will limit Internet use.

Count me in the camp that sees the move as a potential hindrance to the growth of the Internet and online innovation. Alongside me is U.S. Representative Ed Markey who criticized AT&T for undermining national broadband goals and making it more difficult for new adopters to access high-speed Internet.

Wednesday, May 4th, 2011 Posted in: All SNG Insights Topics