Every year in late January, whether “my guy” is President or not, I sit down to watch the “State of the Union Address.” Typically it is marked by partisan politics and divisiveness, characterized by a laundry list of initiatives – covering everything from domestic issues to foreign affairs. 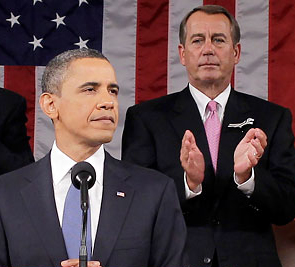 This year, Americans were told, would be different.  The speech would be about the economy and jobs… and how we’re going to get back on track.  And for the most part – minus a pared down laundry list – that’s what we heard Tuesday night.  And before I am accused of being partisan or an Obama lackey… I voted for the other guy.

So putting politics aside, let’s focus on what we heard about the Internet, Broadband, and what it could… or should mean to our future – be it citizens of the U.S., Europe, Australia, etc. Regardless of where we all fall in the political spectrum – the address resonates with what SNG has been touting – broadband means jobs, broadband means innovation – and it was nice to hear about this on such a big stage.

Tuesday night was not the first time President Obama spoke of the United States reaching another “Sputnik moment,” but it was the most forceful use of the analogy he has used, and to the largest audience.  The President sees the parallel between 2011 and the “Space Race” of the sixties – when the Soviet Union’s innovative satellite challenged the U.S. to get involved or be left behind. Innovation, John F. Kennedy believed, would be the key to America’s prosperity.

Today’s space race, put quite simply, is Broadband connectivity – availability and speed – and utilization of e-solutions.  As President Obama opined, “The world has changed…. The rules have changed…. Today, just about any company can set up shop, hire workers, and sell their products wherever there’s an Internet connection.”

While what I am hearing is a bit of a “duh” moment… it really piques my interest when he backs this up saying:  We need to out-innovate, out-educate, and out-build the rest of the world.  Okay… so he has my attention… here is a President that realizes it is the 21st century.  He seems to understand that innovation is what made the United States the largest, most powerful economy in the world… and here’s the important part – that the key to innovation, and jobs, and prosperity is Broadband.

Not groundbreaking… but refreshing, and encouraging.  And backing his words, Obama promises to lead initiatives that result in “research and development we haven’t seen since the height of the Space Race,” promising government investment in biomedical research, information technology, and clean energy technology – all of which he sees as creating countless new jobs.

So, no matter what side of the aisle you are on, if you are a proponent of broadband – it is wonderful to have the issue raised on such a big stage – and hopefully further advanced, even beyond initial stimulus funding.

SNG believes – and has proven through work in multiple regions across the globe – that broadband and Internet connectivity does in fact create jobs.  Not necessarily jobs that we can see today – but it provides a platform for innovation and growth.  As President Obama explained Tuesday, we didn’t know that the Internet would create an economic revolution.  We may not know where the jobs of tomorrow will come from – but we know what they will require, a robust, far-reaching Broadband Infrastructure.  Obama wants to encourage innovation because he believes that, “In America, innovation doesn’t just change our lives. It is how we make our living.”